The Scourge of Capitalism Infects US Wireless? Charlie Ergen’s DISH In The Catbird Seat.

You have to laugh at T-Mobile’s brilliant, cheeky full-page NYT ad today (image below).    This comes on the heels of a suspiciously well-sourced WSJ report making it clear the US DoJ and FCC have no enthusiasm for a merger between Sprint and T-Mobile.

T-Mobile’s recent success and hard-hitting ads have validated the regulator’s decision to block AT&T’s purchase of T-Mo.  However, T-Mobile does need more, nationally broad spectrum to mount a more sustained competitive challenge.  Sprint has been gamely making the case that a combination of Sprint’s huge spectrum holdings and T-Mobile non-incompetent marketers would create a stronger competitor.  The argument has some merits, but it falters on two key points.

If T-Mobile gets more spectrum, it can comfortably compete at national scale.  That slides the US wireless market all the way down the slippery slope to – horrors! – a full-fledged competitive market.  Capitalism red in tooth and claw!  A free market!  Eeeeek!

Watching this game play out over 2014-2015 is going to be fascinating.  The pivotal role played by the mercurial Charlie Ergen’s DISH is also likely to make it pretty darn wacky.  It will be interesting to see which of Charlie’s warring impulses win out.

Ergen has already been pretty clearly chatting with Sprint about a deal (with or without T-Mobile).  I’d expect him to get more publicly involved with T-Mobile over the course of 2014.  The unknown is who will he betray?  His counterparts at Sprint?  Or his enablers at the Doj/FCC?  I really have no idea.  I have a funny feeling Ergen doesn’t know his end game yet either.  But my best guess is that he ends up with T-Mobile with Sprint left sobbing at the altar.

What seems more certain is that AT&T and Verizon lose no matter how this game plays out.  US wireless costs are high and coverage is weak because it is a cozy duopoly.  We will see lower prices and broader build-outs over the next 5 years.  That cursed capitalism at work.  Good for consumers.  Good for the economy.    Bad for plutocratic profit margins.  It will be fun to watch.

On a personal note – this week’s learning is that you really cannot spend too much time on surface prep before you paint a house interior.  I wish I’d figured that out before we put on the first coat of finish paint, but at least we’ve got a second coat to cover up the remedial work.  🙂 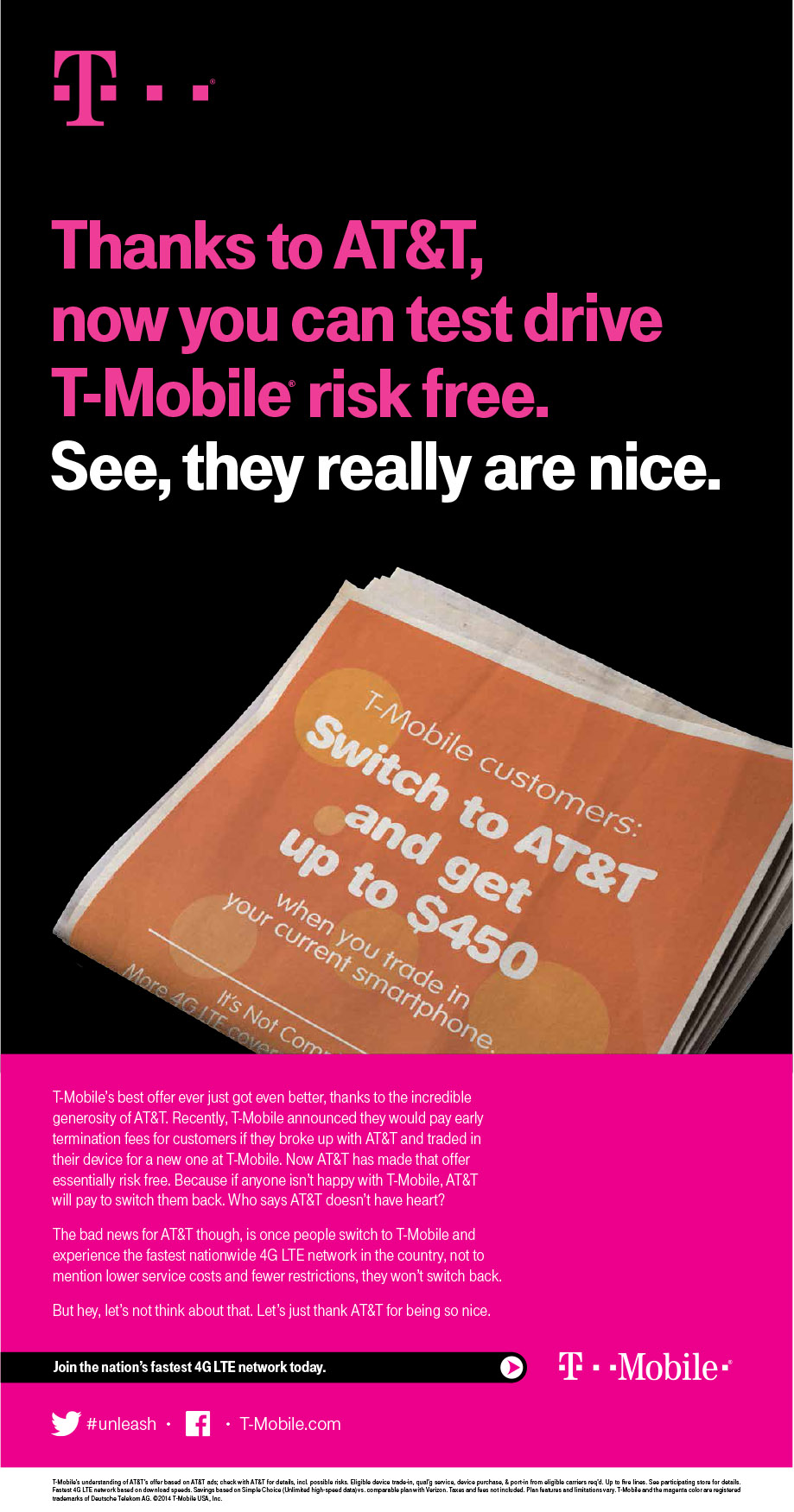